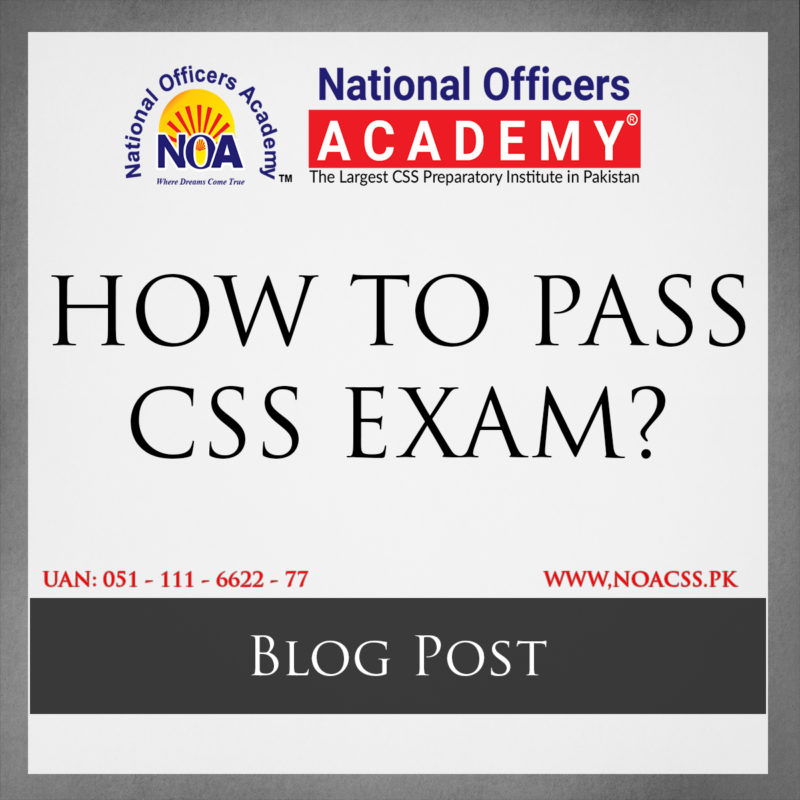 Passing the Civil Superior Service (CSS) examinations is considered no mere feat. Those who end up passing the exam are practically revered for their accomplishment and become overnight celebrities. Everyone becomes curious about them and have a million questions asking how they did it and what they did to become successful so they can accomplish the same.
CSS examinations are Pakistan’s most competitive nationwide exams and every year thousands of people apply for it. In 2020, over 38,000 people had applied. Gradually this number decreases because thousands of the applicants get cold feet and do not show up to the exam at all. Others who show up dwindle down as the CSS exams continue day by day. By the last exam, the number of students who appear and attempt all of them are a little less than half the number of initial applicants.
It goes without saying that to pass, one must appear in all the exams. This is extremely straightforward and logical but one would be amazed by the number of people who half-heartedly attempt the CSS examinations. To pass the exam one must have the iron resolve and stand firm by their decision. This is the very first step in passing the CSS examinations.
Next, the student must become organized. There are 45 optional subjects to choose from that are divided between 7 different groups. A total of 600 points worth of subjects must be selected. This selection process should not be taken lightly as it is the determining point of the CSS examination result. Some people argue that there is no such thing as a scoring subject or that no subject, in particular, is targeted when it comes to marking; however, it is an observed fact this is indeed true.
In 2018, over 90% of those who appeared in the History of US subject failed and British History has continually been delivering low scores for the past 4 years. Professional guidance in this process is extremely valuable, although one can make the effort of looking at past trends and arriving at an informed decision.
There is a total of 12 exams and each one has a different syllabus. Granted, some have overlapping content but that does not mean they do not require organization and effort. The student must go over each subject’s syllabus individually and develop a strategy or time-table focusing on how to cover the content. Once that is done, then begins the actual process of studying.
Employing the act of smart study rather than hard study is an effective method for success. The recommended amount of time spent daily on studying is 4-6 hours. It is foolish to believe that studying 10-12 hours a day can be productive because after a certain amount of time the brain stops retaining information.
Getting a good night’s sleep is also vital because sleep is what transfers information to the long-term memory bank rather than retaining in it in the short term, which is useless while preparing for an exam. According to Dr. Handy, a professor at the University of British Colombia, the best strategies for effective studying are to space it out, mock tests, ditching the electronics and the Great Triad: eat, sleep and exercise.
For those with weak English, they need to evaluate themselves and figure out where they need to start improving themselves. It makes no sense for someone who has perfect grammar to focus on sentence structure and someone who cannot construct a logical sentence to focus on content first. Everyone has a different point from where they need to begin their English preparation. The CSS examination does not require a vast vocabulary or professional level of English, it simply requires that the student be able to correctly convey their ideas in a coherent and creative fashion.
The ability to put pen to paper and rewrite the ideas on one’s mind is the key to success. Everything else is secondary. This is why practice is extremely important. With practice, one becomes experienced and learns their weaknesses on which to improve. Practice can also be in the form of mock exams. Mock exams are very helpful when it comes to CSS preparation. However, there must be some evaluation method for the mocks so the student can improve on their weaknesses.
The CSS examination is only difficult because it requires an immense amount of self-discipline. The content is not as difficult as it seems, nor is the syllabus entirely too lengthy. The most difficult part is training oneself to be focused and determined. Any slight distraction from the goal of CSS can be detrimental to the process and lead to failure. The student must wake up every day and stick to their plan.
National Officer’s Academy (NOA academy) not only offers classes for CSS subjects, but it also offers guidance in subject selection from professionals with over 10 years’ experience, personal guidance on any issues unique to the student, mock exams based on past papers and predictions, and foundation English Classes for those who need to build their basics. At NOA academy, students can also take classes online, which is convenient for those who cannot travel to or live in Islamabad, Rawalpindi or Lahore. It is the largest CSS examination preparatory academy in the country and is home to over 600 CSP’s. In 2019 alone, 28% of all the candidates recommended for allocation were students of NOA academy.